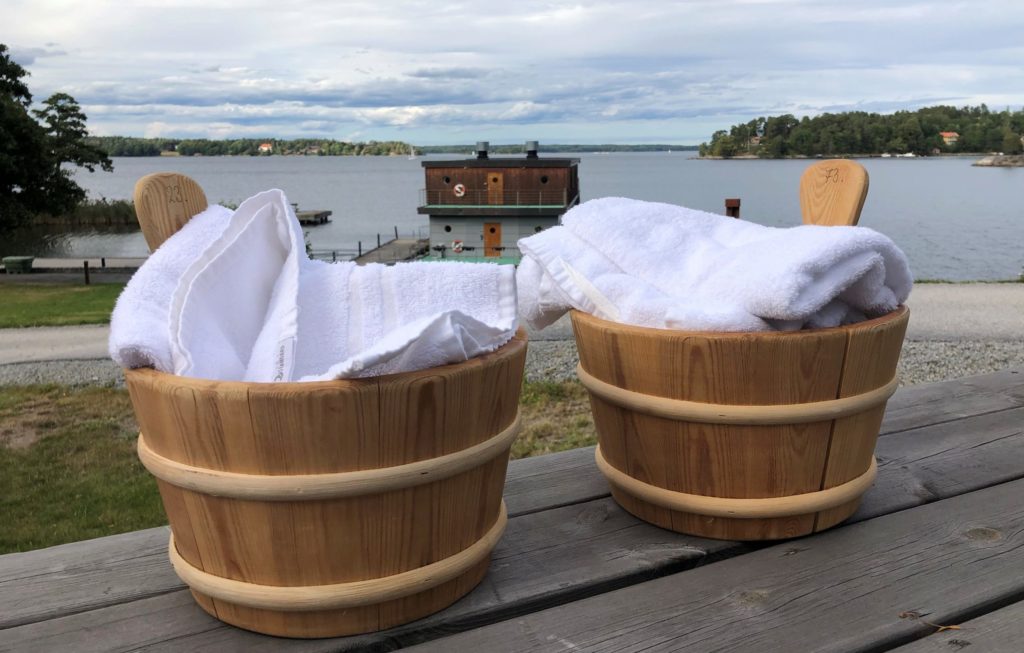 This phrase works so well in Swedish (literally translates into “don’t cancel, adjust”) but it’s really hard to get the same semantic essence when transcreating it into English. As non-linguists, and with a little help from an English native speaker, our tagline when Covid-19 hit the world, became Don’t Refrain – Rethink!

Being a conference organizer, with an international audience, in a new reality where people are not allowed to travel anymore is, for sure, a nightmare.

This year we would have brought NTIF, the Nordic Translation & Interpretation Forum, to Iceland for our 10th anniversary conference. Already a year ago we booked the same, and so beloved, keynote speaker as in Iceland 2015 – Magnus Lindkvist. Everything was so exciting and promising; field trips were made in late February and we knew we had found the perfect venue. This was going to be a great conference, and perhaps even the last one. And then, boom, came the virus. In contrast to many other conferences, ours was scheduled for late autumn so in the beginning of the pandemic, we sat tight and figured the dangerous Covid-19 would abate and things would get back to normal after the summer. Well, we all know now that that didn’t happen.

So early August the NTIF team, in other words Cecilia Enbäck and Anne-Marie Colliander, met at a conference venue in the south of Stockholm to decide whether to have a conference or not. We were already by then determined we didn’t want yet another virtual conference. Our attendees come to NTIF for the content and they stay for the networking, and the people, the business opportunities and for the fun and the dancing. NTIF is known to do things differently, so we had to put our brains together to come up with something smart. If not virtually, how would we meet?

We decided to not refrain, but to rethink! The new concept developed into organising a staged event in Stockholm with a maximum capacity of 50 people in compliance with Swedish Covid regulations. From Stockholm we would stream the content to a number of satellite conferences around the Nordics and the Baltics. Every country and city would adjust to local governmental restrictions and use a venue where Covid measures had been taken to ensure the safety of the audience. In public viewing style, the satellites would, in groups of 5, 10 or 20 peers, enjoy the same content as the main conference. In addition, 1,5 hours were set aside for local content for our hosts like SKY and EATC, mainly due to the time difference between CET and EET. With the help of technology (and a technical producer) everyone would be able to follow what was happening on the main stage and ask questions directly to the speakers, regardless if you were located in Riga, Helsinki, Malmö or Tallinn. Speed networking across borders would happen over Remo, the now more or less industry standard platform. With this set-up, we would be able to host a conference with up to 150 attendees but in 6 different locations. Brilliant!

The registration opened on 1 October and we had very brave attendees who immediately signed up, despite the fact that there wasn’t even a program published yet. We felt we had hit the mark, we had found the sweet spot of what everyone was longing for – to come together, physically. We nailed it! Let the fun begin!

And then, only a few days ago, Europe was struck by a second Covid-19 wave and many countries are facing the risk of more lock-downs. What to do now? One thing is for sure, we won’t Refrain, we will Rethink! So, stay tuned for another brilliant idea…